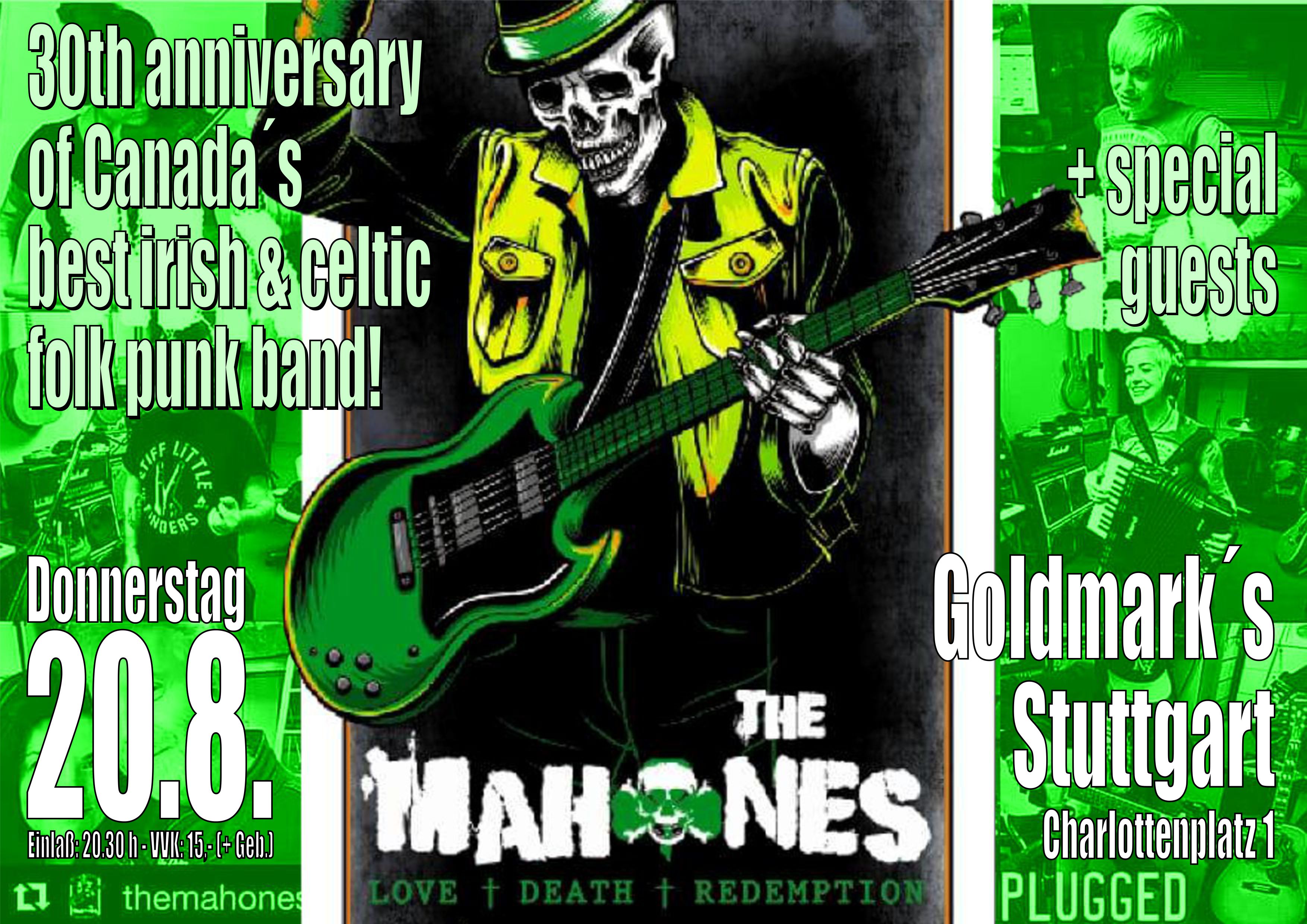 From an Irish pub to an Academy Award winning movie: The Mahones have come a long way in 30 years. Heralded as pioneers of the Irish punk scene, and internationally recognized as one of the best and hardest working punk outfits around, The Mahones formed on St. Patrick's Day in 1990, and have been working on their own brand of Irish punk ever since. With a working class ethic and a love of classic punk, Dublin-born Finny McConnell (Lead Vocals, Guitar, Songwriter) formed the band to combine his love of punk rock with his Irish culture. Alongside McConnell are Sean Riot Ryan (Bass, Vocals), Michael OGrady (Tin Whistle, Accordion, Vocals), Al Baby Webster (Drums, Percussion), Nicole Kaiser (Accordion, Vocals) and occasionally Gina Romantini (Fiddle, Vocals).

The band has toured through 35 countries internationally, headlined festivals all over the world, and has been honoured to share a stage with nearly all of their favourite bands. The band grew from Irish pubs and punk squats, to halls, theatres and arenas, touring relentlessly since their start, and is famous for an incredible high-energy live show.

In 2016, The Mahones released a best of compilation: The Very Best (25 Years of Irish Punk) featuring brand new recordings of their classics songs on Whiskey Devil Records, and a deluxe version of their magnum opus The Hunger & The Fight, the first ever Irish punk double concept album that the band recently released to critical acclaim worldwide. In 2010, The Mahones started their own record label in 2010, Whiskey Devil Records, and have already released their past five albums through it, with major distribution worldwide (True North Records). Sailors Grave Records released The Mahones 2016 albums in the US.

The Mahones latest albums Love - Death - Redemption, The Irish Songs and Punk Rock Saved My Life (The Covers) were released to critical praise in fall 2018. The Mahones brand new UnPlugged album will be officially released worldwide in fall 2019, followed by a brand new studio album for The Mahones 30 Anniversary in 2020. What a wild ride it has been so far!!!